On Wednesday, the Senate acquitted President Donald Trump on charges of abusing his power and obstructing Congress, bringing an end to the third presidential impeachment trial in United States history.

On the first of two articles of impeachment, Mitt Romney of Utah was the lone Republican to vote to convict Trump, along with all Democrats and independents. On the second article, obstruction of Congress, the president was acquitted in a pure party-line vote with all Republicans voting not guilty and all Democrats and independents voting guilty. A super majority of 67 votes on each article was needed to convict.

Romney announced his vote on the Senate floor two hours before the vote, saying: “I swore an oath before God to exercise impartial justice. I am profoundly religious. My faith is at the heart of who I am.” What Trump did, Romney said, was “grievously wrong,” adding, “the president is guilty of an appalling abuse of public trust.”

Trump is the third president to be impeached in United States history. None have been removed from office. 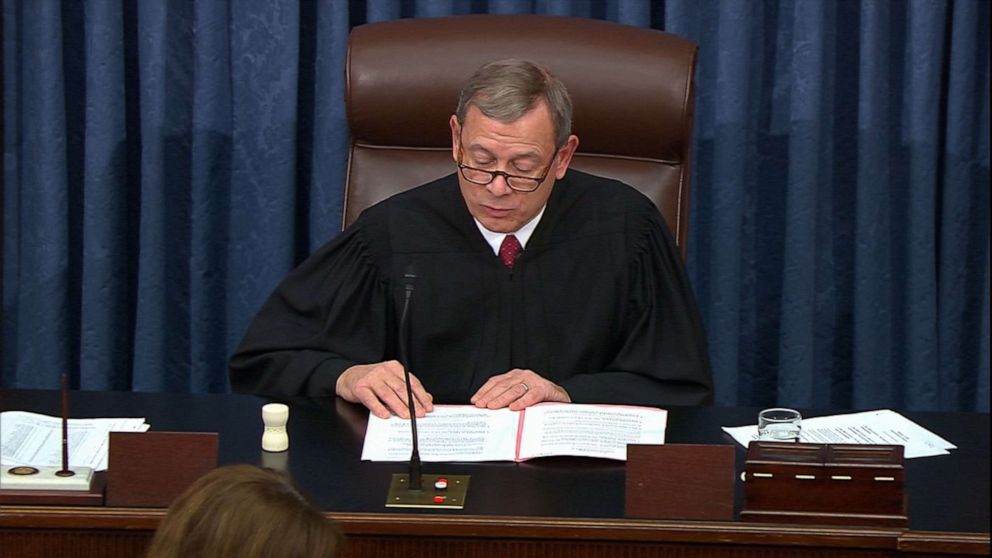 Via abcnews.go.com
The months-long impeachment and Senate trial of President Donald Trump has come to an…
02/05/2020 4:40 PM