A cargo vessel being loaded with fuel containers in the Galápagos Islands overturned, sinking some 600 gallons of oil into the UNESCO World Heritage site. Crews worked immediately in an effort to contain the diesel fuel spill in the Pacific Ocean archipelago, which threatens some of the world’s most important ecosystems.

The Ecuadorian Coast Guard said the accident occurred when a container fell on a ship after the crane that was loading it lost control on San Cristobal Island, the easternmost island in the Galapagos. That caused the remaining containers to tip over and the ship to capsize as sailors jumped to safety. Galapagos National Park employees and the Ecuadorian Navy used containment barriers and hydrocarbon-absorbing cloth in an effort to contain the spill.

Ecuadorian President Lenín Moreno said Monday the spill was under control. It was not immediately clear how much of the fuel spilled into the water and what was contained. 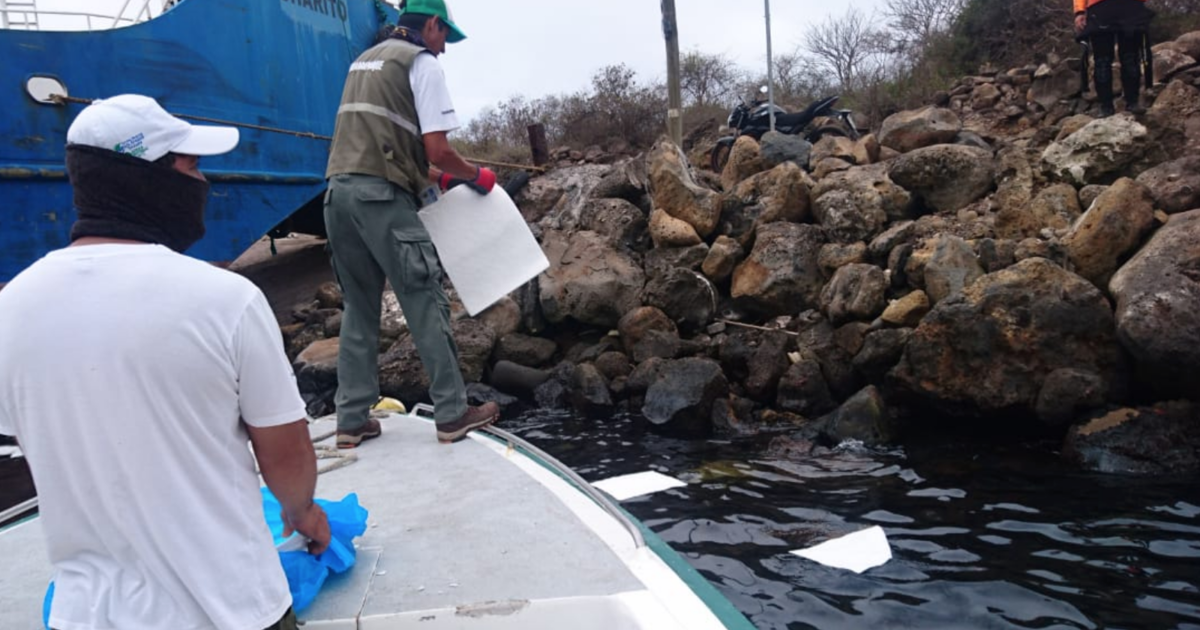 Oil spill off the Galápagos Islands

Via www.cbsnews.com
A barge carrying 600 gallons of diesel fuel overturned and sank in the environmentally sensitive…
12/23/2019 2:30 PM